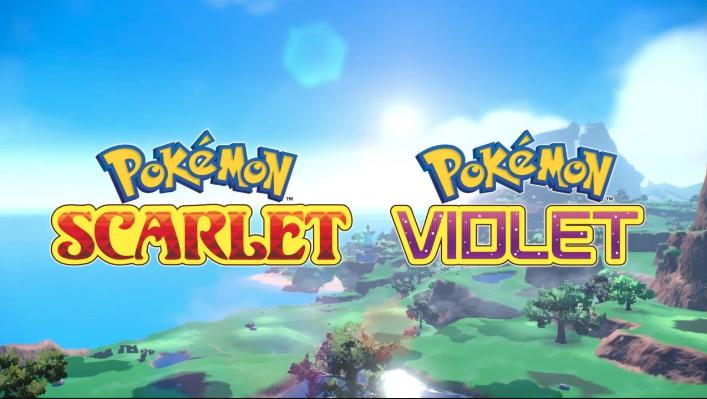 Additionally, Nintendo has announced the Nintendo Switch - OLED Model: Pokemon Scarlet & Violet Edition, which will launch on November 4, 2022 for $359.99.

Your own story, created through Treasure Hunt

The school to which you are registered organizes a special independent research project. The theme of this quest is “A Treasure Hunt”. Explore the world and find your own treasure!

3 stories will intertwine your adventure as you traverse the sprawling Paldea region. Along Victory Road, you will go to Gyms in different locations to achieve Champion Rank. On Path of Legends, you can search with Arven for rare materials. And in ★ Starfall Street ★, you will challenge Team Star, a group of delinquents causing trouble for the school.

These stories are set in an open world, so where you go is up to you. A world full of Pokemon and encounters awaits you — traverse Paldea wherever your heart desires.

There are 8 Pokemon Gyms in different locations throughout Paldea, all run by the Pokemon League. If a Trainer makes his way to the Gyms, defeats all the Gym Leaders and then passes the Champion Assessment at Pokemon League headquarters, they can earn the coveted Champion Rank.

After accepting Nemona's offer to become a Champion-ranked Trainer, you'll also be able to visit 8 Pokemon Gyms scattered throughout the area.

The First Trial of the Gyms: The Gym Test

At Pokemon Gym, you must first pass the Gym Test before being allowed to challenge the Gym Leader.

The content of these Gym Tests is unique to each Gym, but through the tests you can learn more about the customs and unique characteristics of each city and town, as well as like what the Gym leaders are like. 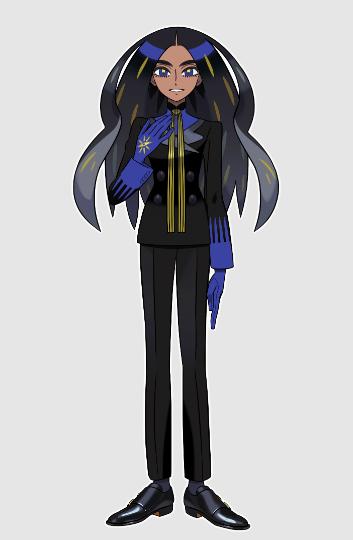 Geeta is the president of the Pokemon League, the organization that runs Paldea's Pokemon Gyms. Among the Region's Champions, she reigns supreme as the best Trainer.

Despite her gentle demeanor, Geeta still has a commanding look to her, and it is said that anyone who calls themselves a Trainer Pokemon looks up to her.

It looks like she's looking for special young talents capable of conquering the Pokemon League. 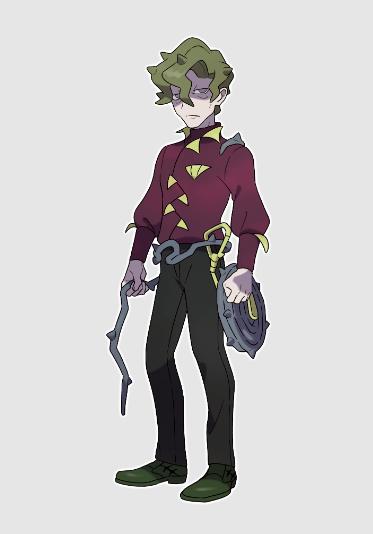 Brassius is the Gym Leader of Artazon, a town alive with flowers and art. He specializes in Grass-type Pokemon and is known as Verdant Virtuoso.

His resistance work, "Surrender Sunflora," is a statue installation depicting the lovely Sunflora with a melancholy expression. What these Sunfloras are surrendering to is also a subject of connoisseur debate.

Search for Herba Mystica on Path of Legends

Arven's research into healthy recipes for Pokemon led him to search for rare ingredients called Herba Mystica, which are said to restore health instantly after eating.

Herba Mystica is an extremely rare herb that can only be found in Paldea. They are protected by Titan Pokemon, which are larger and stronger than normal Pokemon - making these rare herbs even harder to obtain. Furthermore, some of these Titan Pokemon have been seen in the area.

Since Arven isn't very good at Pokemon battles, he'll ask you to help him — and will even offer to treat you to some homemade treats if the two of you succeed in getting the herbs. this rare. Defeat tough opponents and collect Herba Mystica with Arven!

Team Star was formed by the school's most rebellious students and consisted of several teams. Each team is led by its own boss, each with its own base scattered throughout the Paldea region. These classroom chopping offenders cause trouble for everyone around them, making it difficult for the academy's students and teachers by disrupting the peace and using forced recruitment tactics. 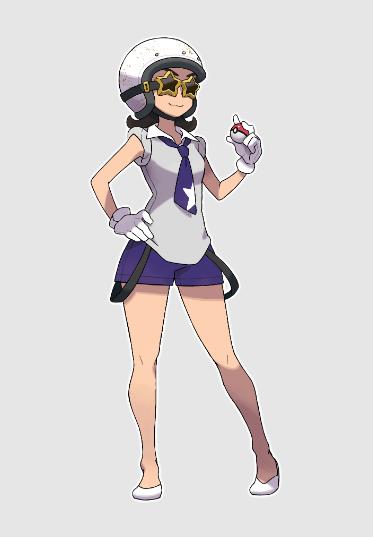 Go to their base and face the disruptive Team Star!

Make your way into Team Star's Bases to take down their bosses!

As you make your way to each team's base, Team Star's many laments will send out a relentless flood of Pokemon to stand in your way. By defeating enough of the grumblers' Pokemon within a certain time limit, you'll be able to challenge their boss to a battle.

Join Auto Battles — a nifty new feature included in the title — to overcome the relentless barrage of Team Star and their Pokemon's incessant groans!

(Note: Team Star members' uniforms will vary depending on the version of the game you play.)

Once you pass the waves of Team Star Grunts, their boss will appear on a custom vehicle called the Starmobile. It seems that during your Pokemon battles with these bosses, the Starmobile will get in your way. Defeat team bosses one by one by defeating party Pokemon and their Starmobiles! 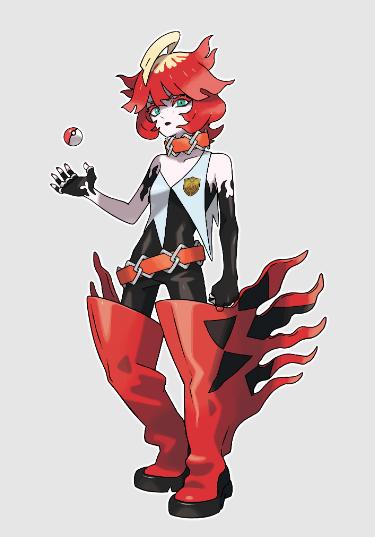 Mela is the boss of the Team Star's Fire crew, the Schedar Squad. As the best on the team, Mela fixes every problem that comes her way, even though her methods are heavy. She leaves a strong and gruff impression, but her unwavering devotion to accomplishing whatever she puts her mind to has earned her the trust of her teammates.

(Note: Team Star members' uniforms will vary depending on the version of the game you play.)

Let’s Go! A handy feature for exploring the Paldea region

Let your Pokemon go on an adventure!

You can release a Pokemon and go for a walk with you in the great outdoors of the Paldea region. When you have a Pokemon exploring with you in the field, you can use "Let's Go!" the feature sends that Pokemon in the direction you specify. The Pokemon you send then independently pick up items in the area and even have Auto Battles with nearby Pokemon.

What is Auto Battles?

Auto Battles is a new way of fighting that can be activated using the "Let's Go!" feature. Doing so sends a Pokemon to battle wild Pokemon without command from its Trainer. Your Pokemon can be put into Auto Battles against any wild Pokemon you see on the field, and it can even find Pokemon on its own to participate in Auto Battles.

Master this new feature to explore every nook and cranny of the vast Paldea region with your Pokemon! 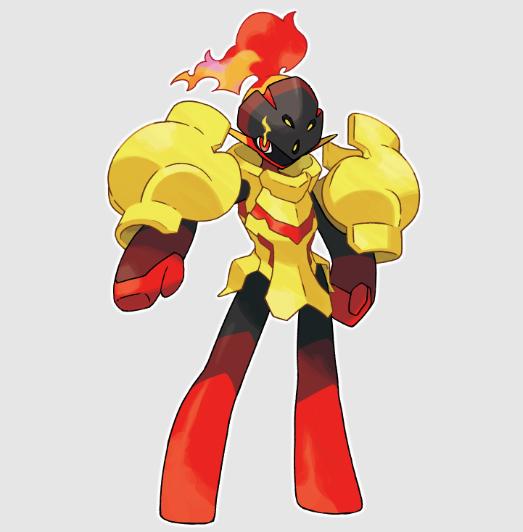 Armarouge's armor belongs to an outstanding warrior and is the source of the energy used for its Psychic generation attacks. It also uses this armor's psychic abilities to control the fire energy inside its body and launch attacks. 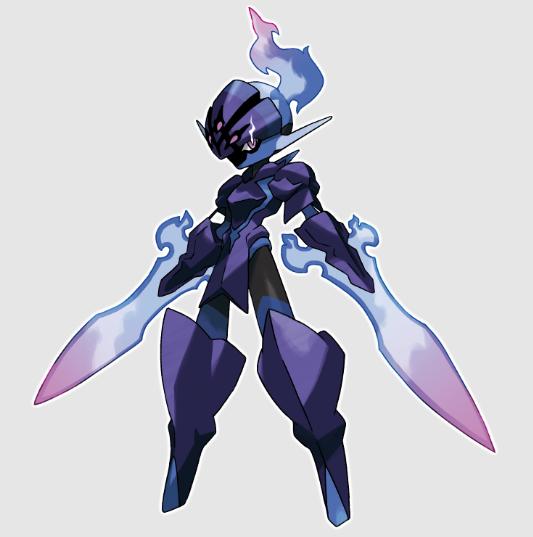 Certifiedge wears an old suit of armor steeped in hatred and wields blades made of fire and phantom energy. During battle, these blades transform into large swords to increase the Certifiedge's power. The cuts from these great swords left wounds from which life energy would flow.

The final Pokemon Klawf revealed can be encountered in both Pokemon Scarlet and Pokemon Violet. 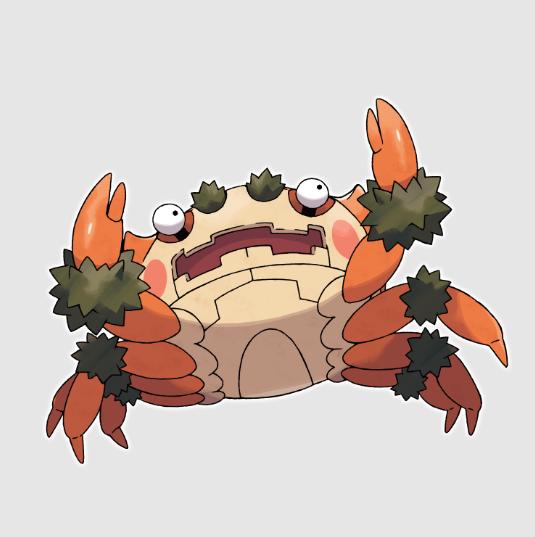 Klawf can rotate their convex eyeballs to see everything around them, eliminating any of their blind spots. They can hang upside down on cliffs to ambush their prey from above, however, they end up getting dizzy because of the blood rushing to their heads, so they can't stay upside down for long.

On November 4, 2022, the Nintendo Switch system - OLED Model: Pokemon Scarlet & Violet Edition will be available in select stores, featuring art inspired by the upcoming Pokemon Scarlet and Pokemon Violet games ( sold separately). The Legendary Pokemon Koraidon and Miraidon are featured on the glossy front of the system's base in white, and a design inspired by the series' iconic Poke Ball is highlighted on the back. The back of the system is decorated with special illustrations of the three Pokemon that you can choose to be your first partner in the game — Sprigatito, Fuecoco, and Quaxly — along with illustrations of the symbols that the player can use. Players can recognize as they go through the game. The Joy-Con controllers, which match the primary colors of Pokemon Scarlet and Pokemon Violet, feature the school emblems of Naranja Academy and Uva Academy that appear in their respective games. 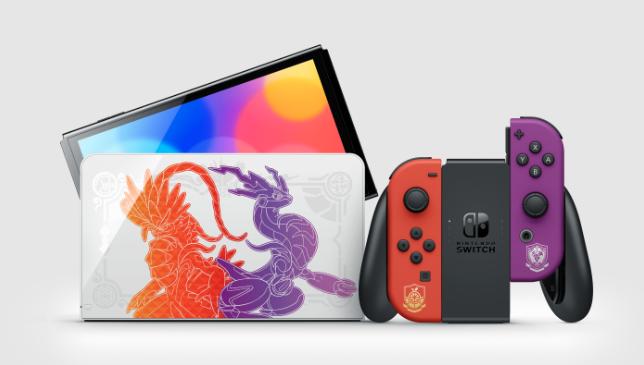 Nintendo Switch - OLED Model: Pokemon Scarlet & Violet Edition System will be available in stores and in the My Nintendo Store for a suggested retail price of $359.99.

Pokemon Scarlet and Pokemon Violet will release on Nintendo Switch on November 18, 2022. 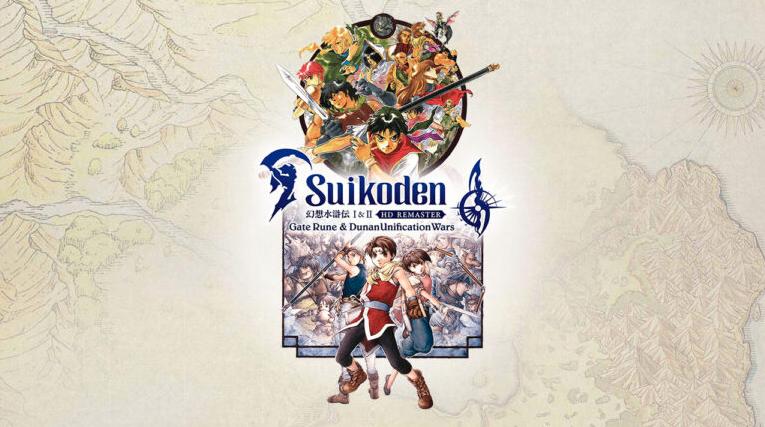 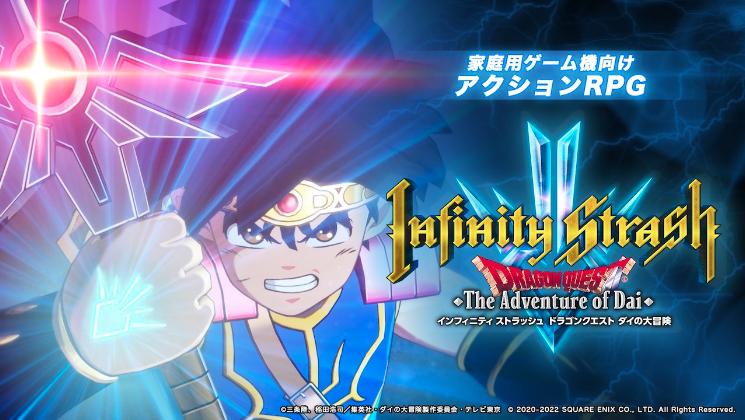